Senegal: From chaos to poetry

The laughter and the completely crazy situations, that’s what I’ll forever remember about Senegal. I spent two weeks road tripping with my adorable wacky girlfriend, from Dakar to the Sine Saloum islands, by way of Saint-Louis and the Djoudj Park at the Mauritanian border. Of course, there were those magical sunrises over the baobab trees, those silent walks with the sole sound of the water over the mangrove, those respectful and joyful amblings with our thirtysomething children’s eyes contemplating the wild fauna made up of thousands of pelicans, monkeys, hyenas, warthogs, zebus, crocodiles, monitor lizards and many, many more… The change of scenery is truly out of this world.

In this topsy turvy country, strewn with heaps of rubbish, rundown buildings, and disarming poverty, reigns a profoundly dreamlike, surrealistic even, atmosphere. Nothing can ever really be planned in advance here. Time doesn’t hold the same importance. It ticks by to the rhythm of the sun, and waiting is part of the game. As an old Senegalese man we met in Saint-Louis once told us: “Here, we kill time, whereas where you live, time kills you.” I guess he wasn’t wrong. Economic growth rubs shoulders with paradoxes. Traffic jams mingle with carts and goats, television programs with marabouts’ mysticism, mobile phones with cob huts…

Out of this near-indescribable chaos springs a profound humanity. Life is lived outside, and communication is everywhere, all the time. Just like the thought-covered walls, a kind of philosophy, a true sense of humour and phrasing can be felt. You can come across broken down electricity generators due to “malaria”, little shops topped with names such as “Tesco” or “Sainsbury’s” that sell everything with 50% off or sometimes even “Cheaper than free”, French expats called “Senegaulese”…

Here, everything can be negotiated, talked about, patched together, salvaged… and the most beautiful souvenirs arise from the worst situations. Never-ending journeys in 7-seater taxis from another time, seeing the road running by underneath our feet with an old Bedouin singing behind us, electricity or water cuts in the shower with our bodies still covered in soap.

And in the evening, after having gazed at a starrier-than-ever sky, drunk a Flag or a Gazelle beer, and laughed until our bellies hurt, we light-heartedly fell asleep in embroidered “Health Unit” sheets… 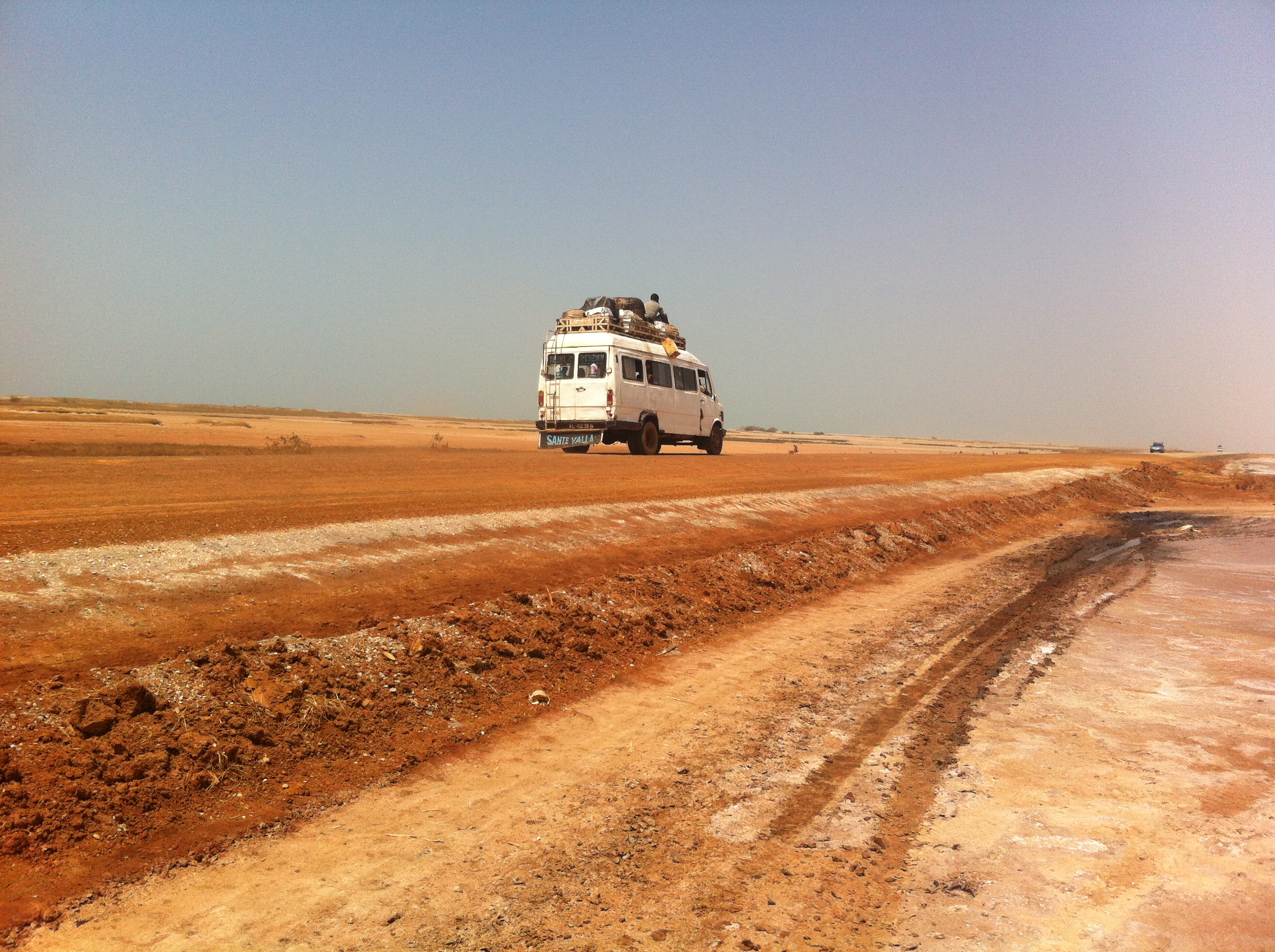 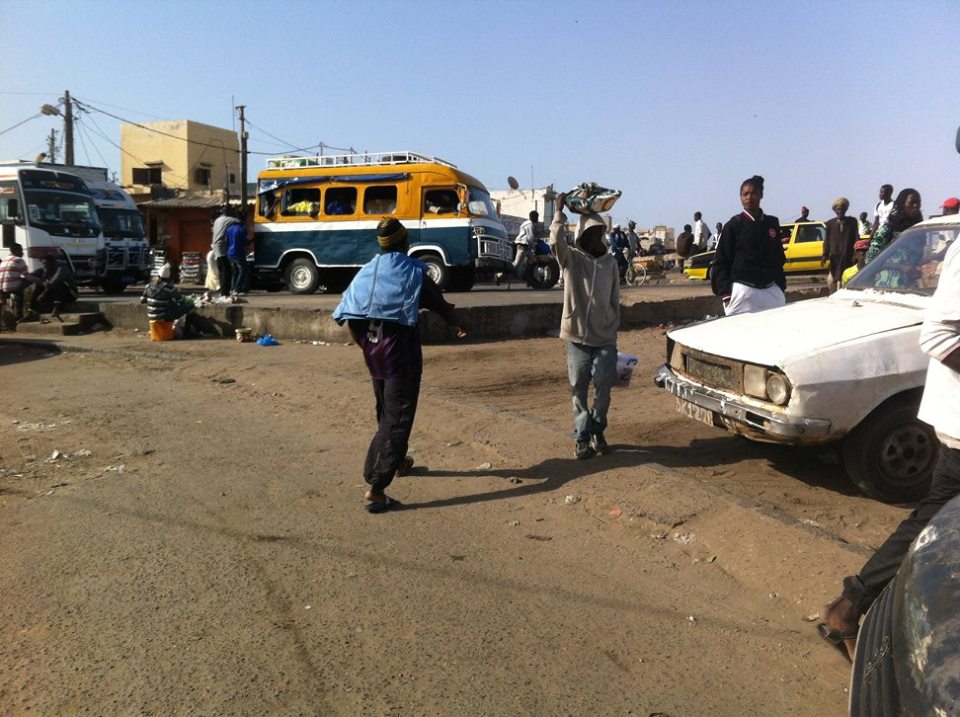 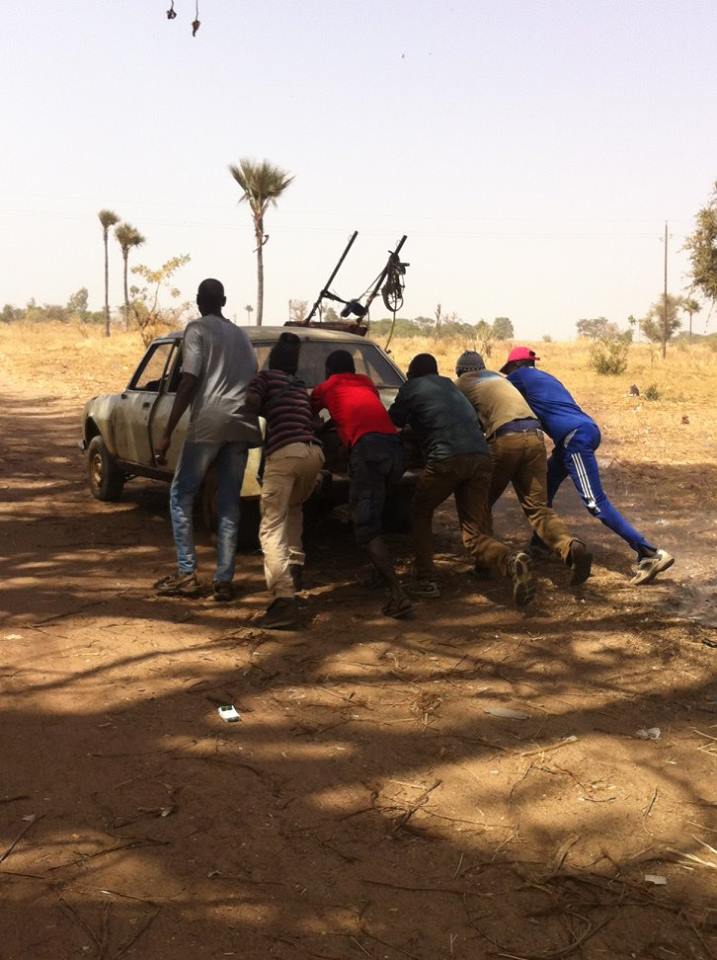 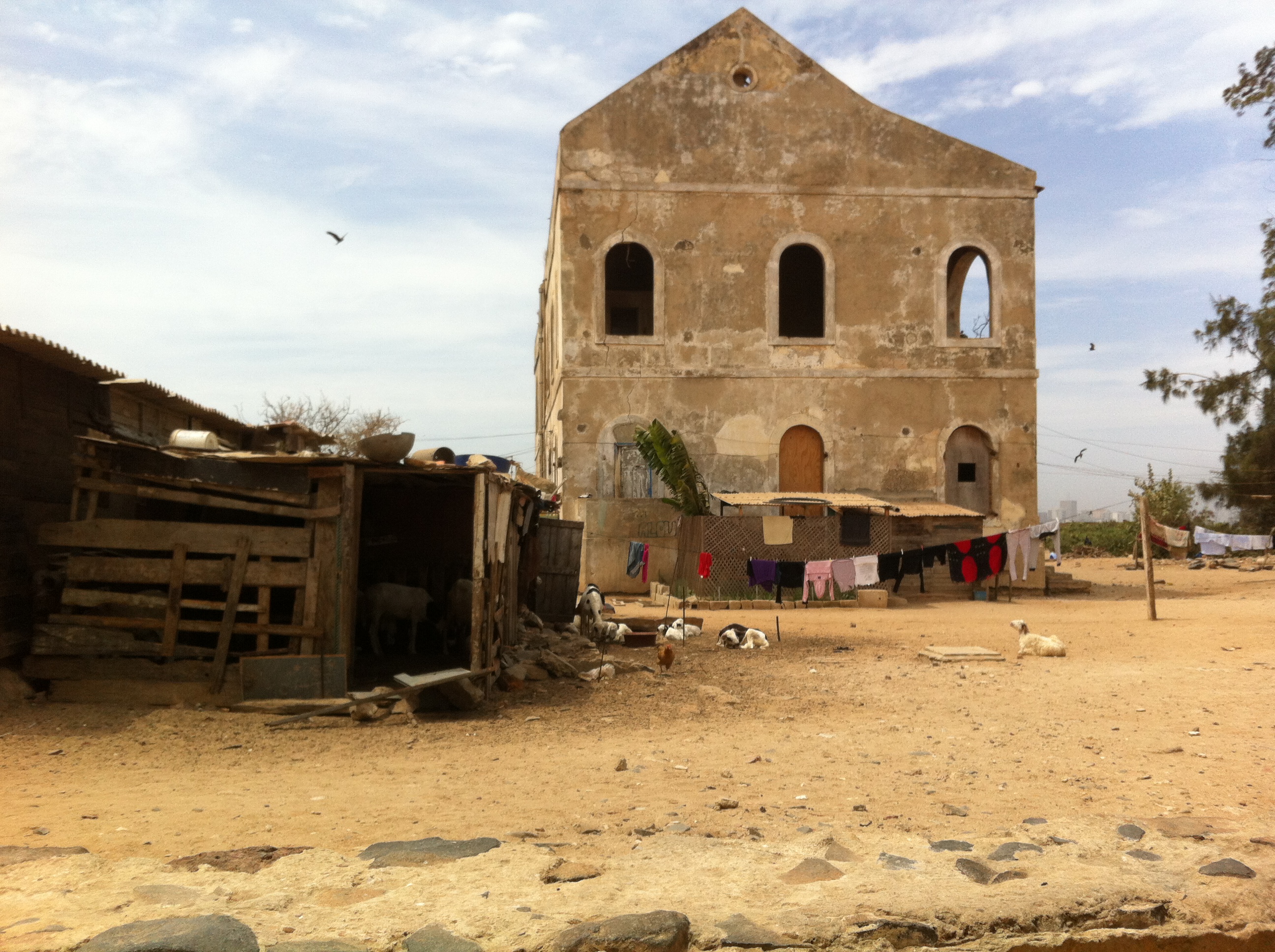 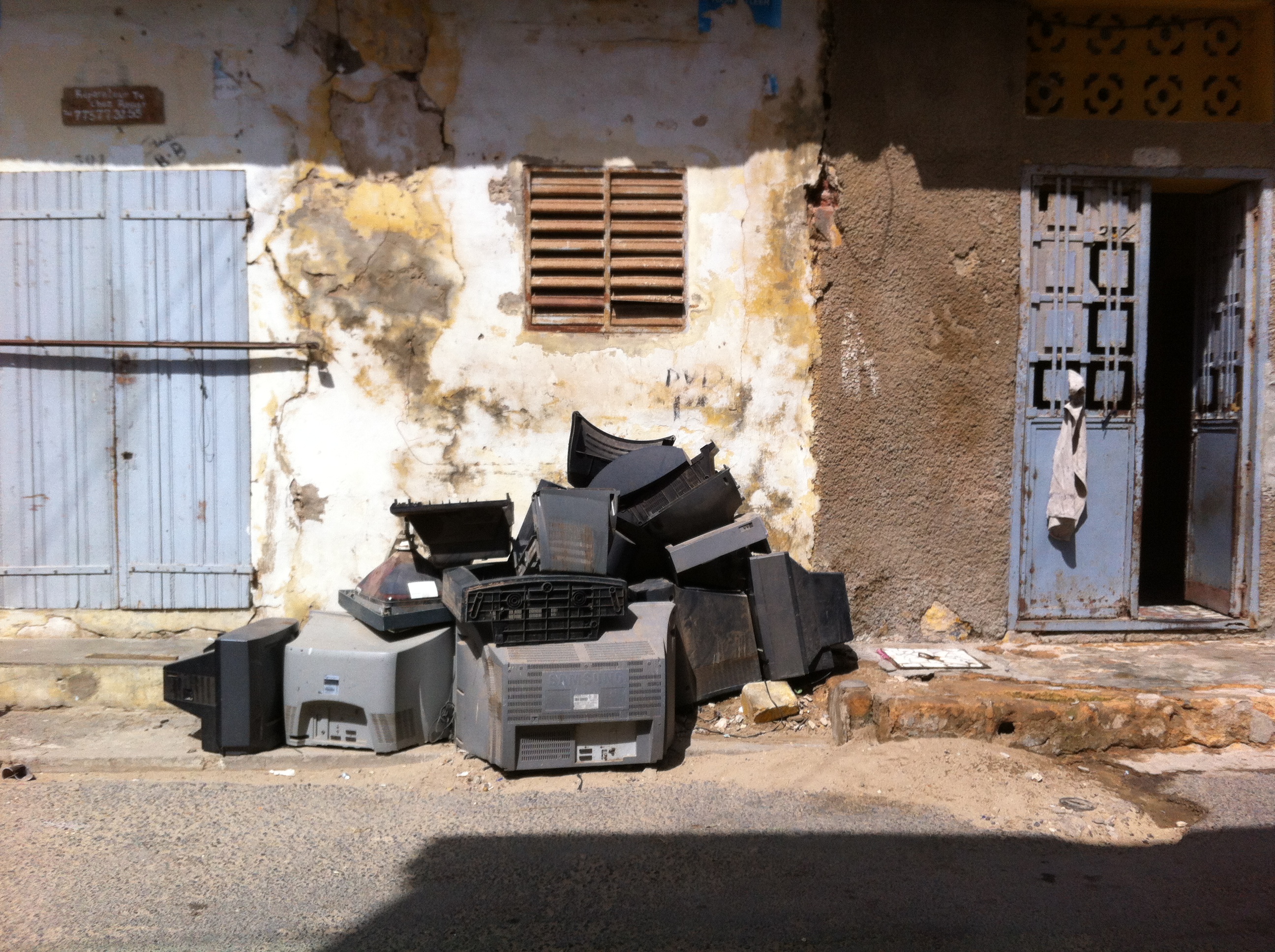 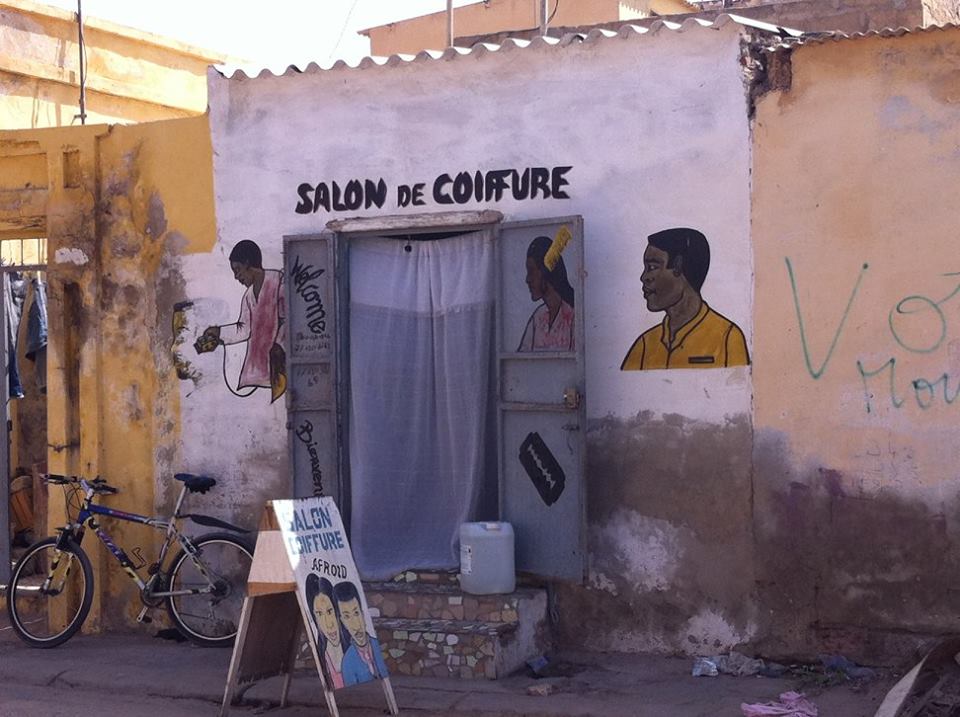 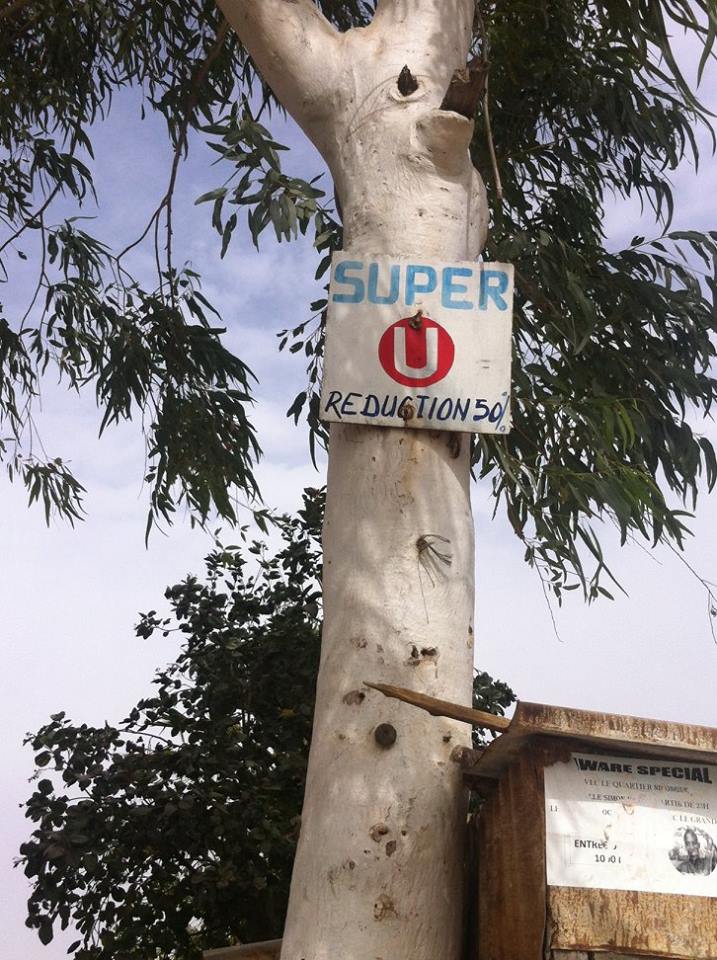 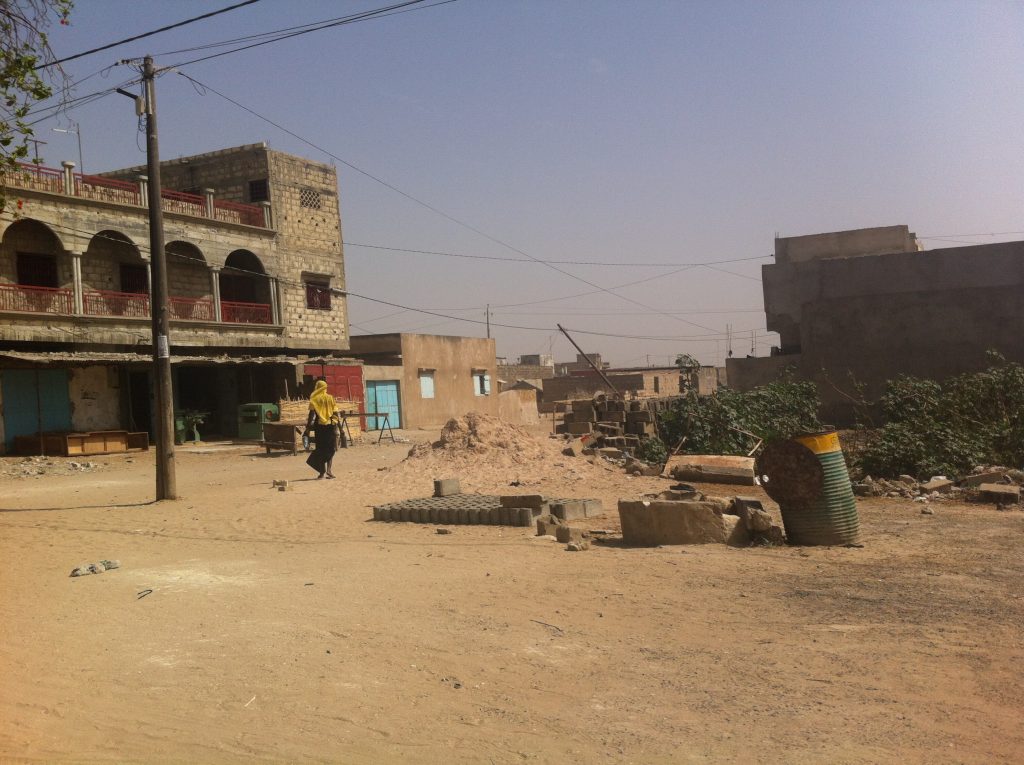 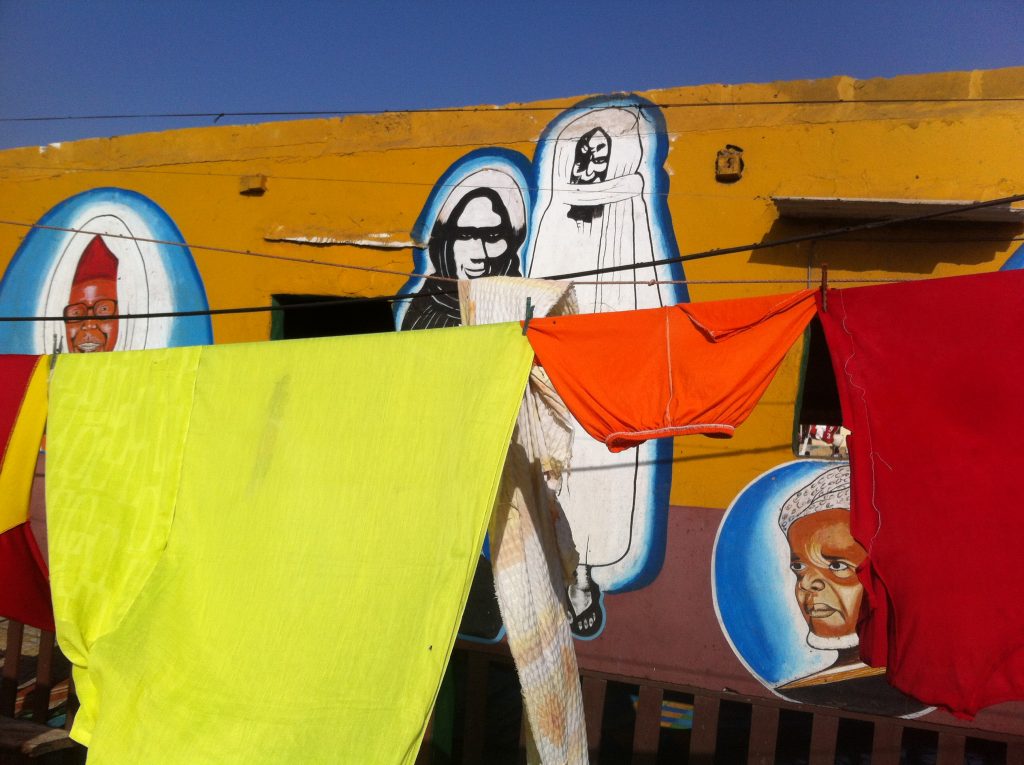 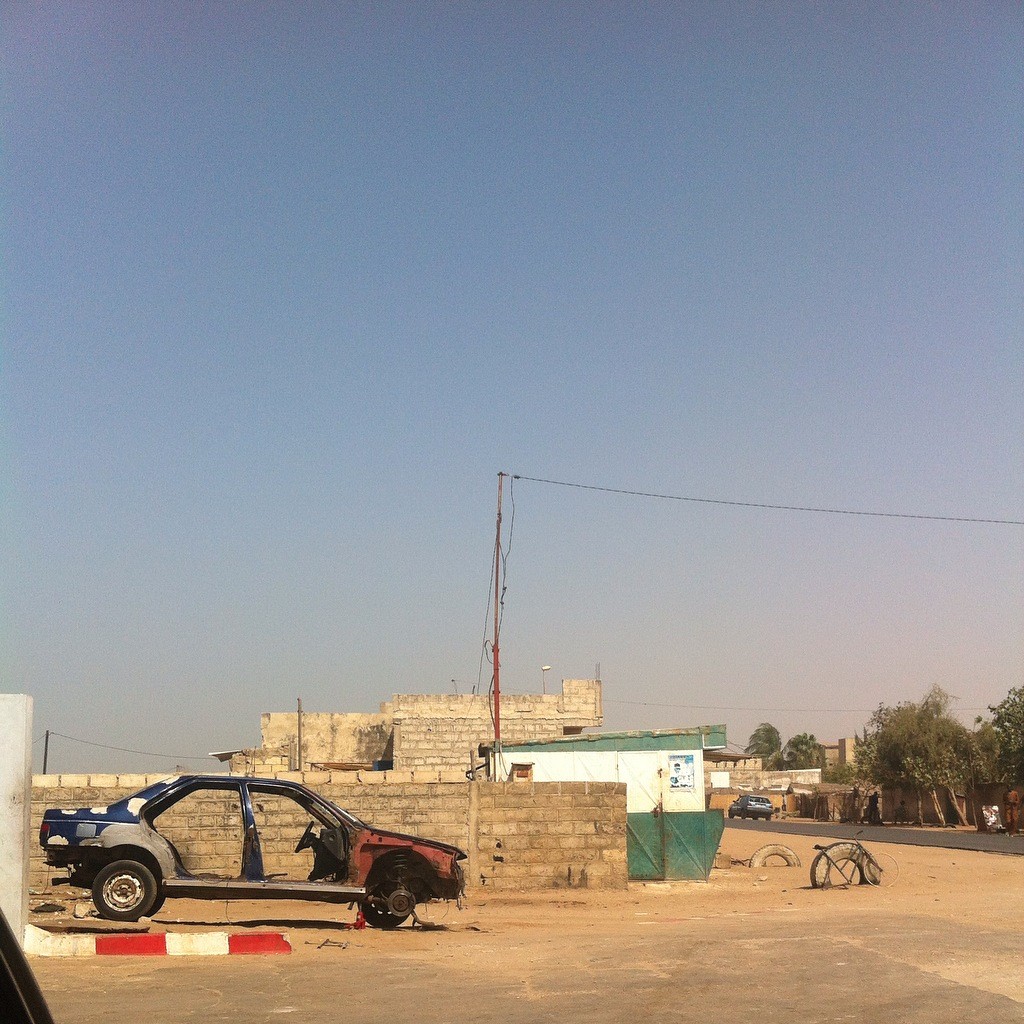 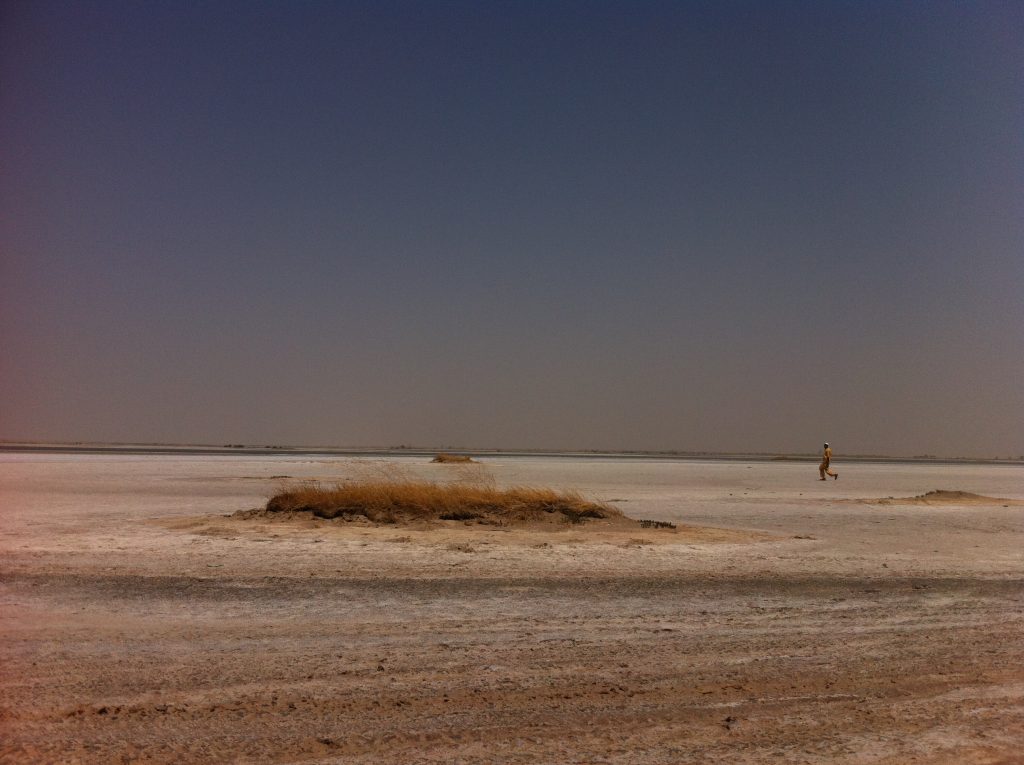 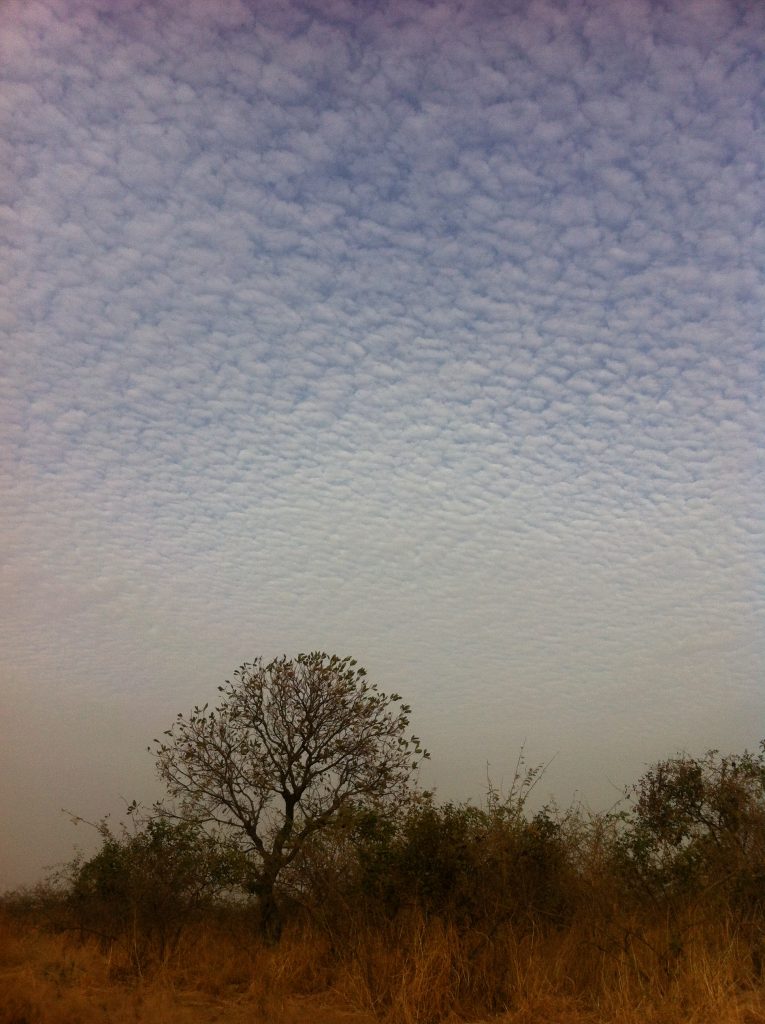 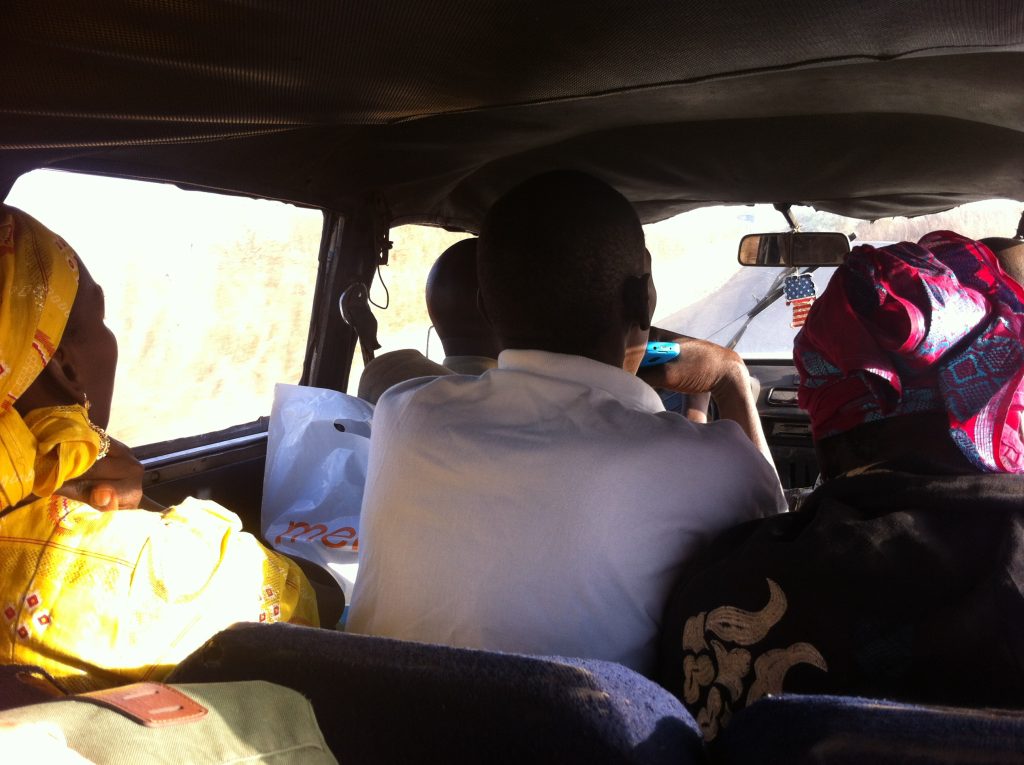 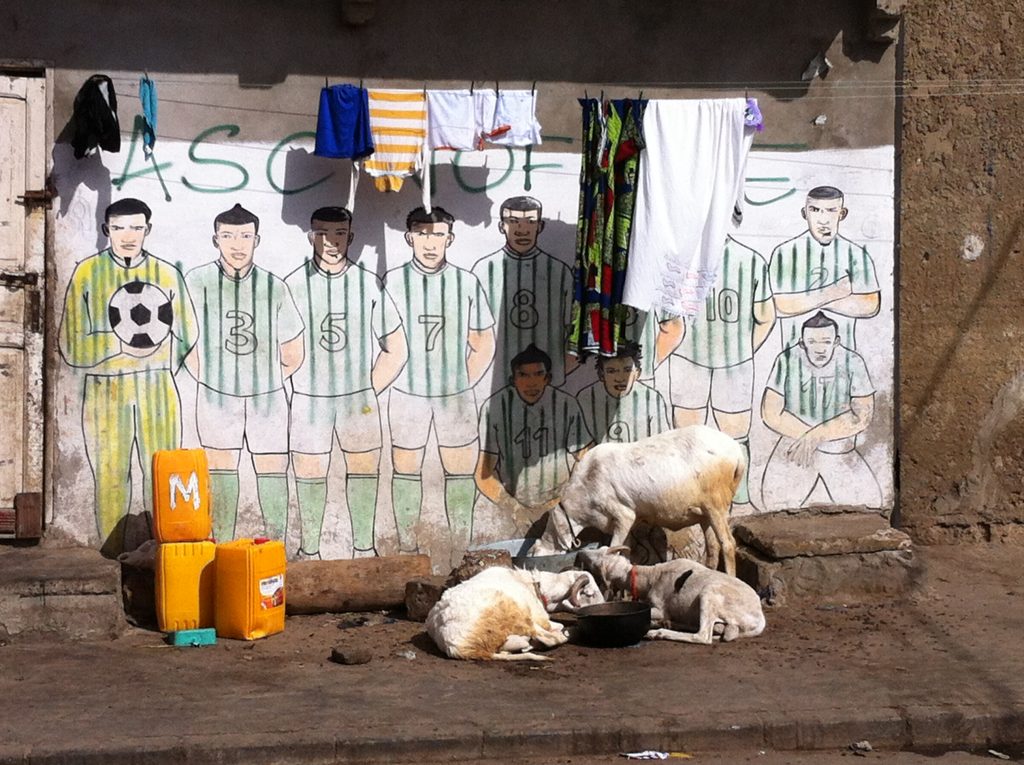 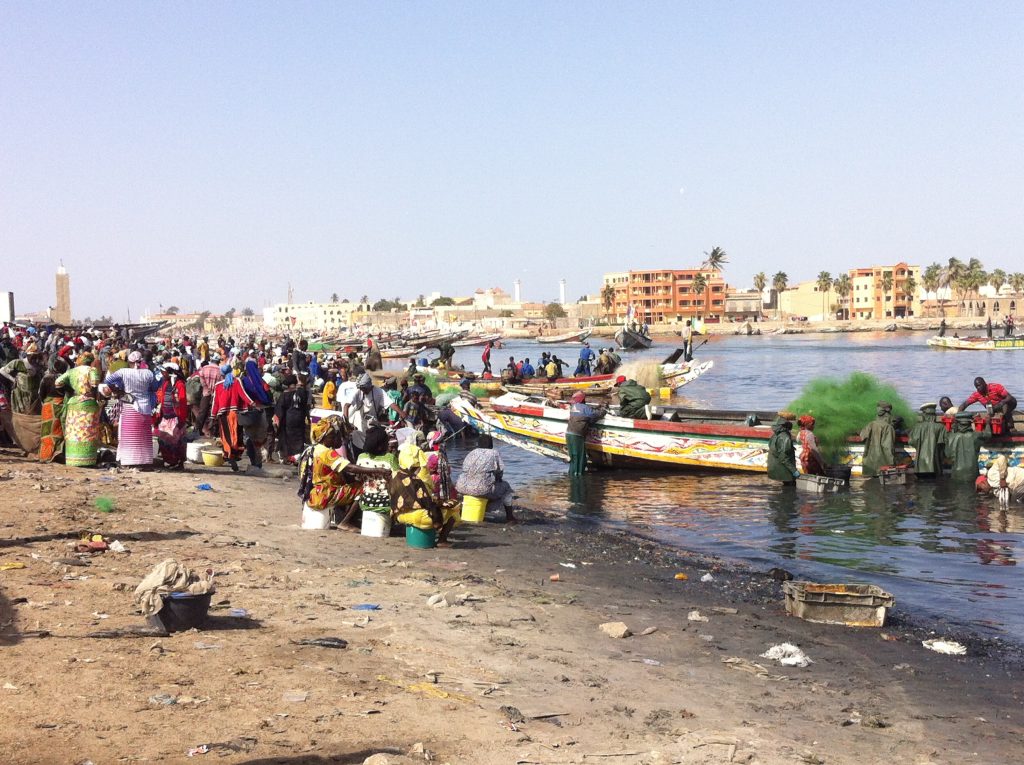 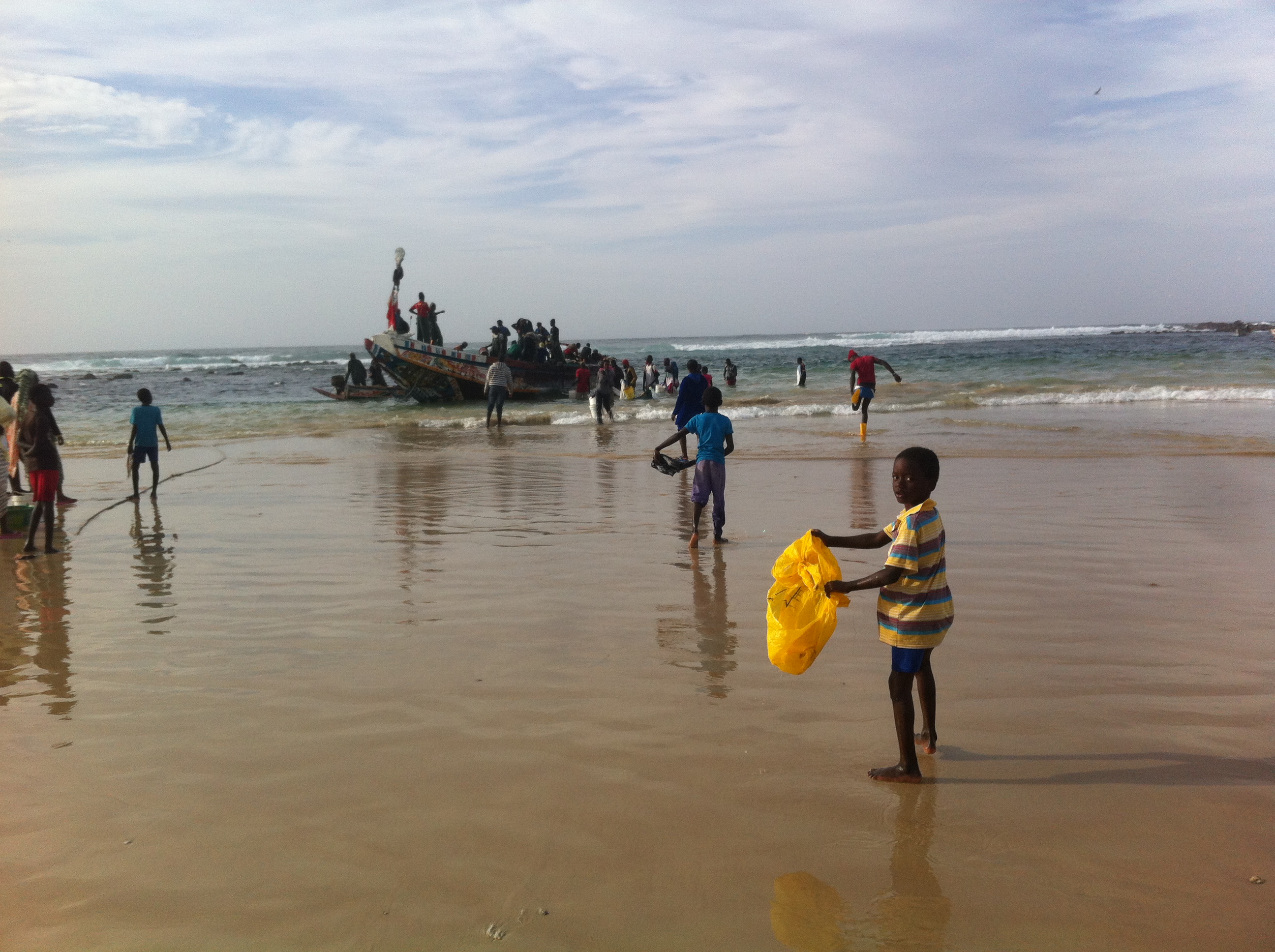 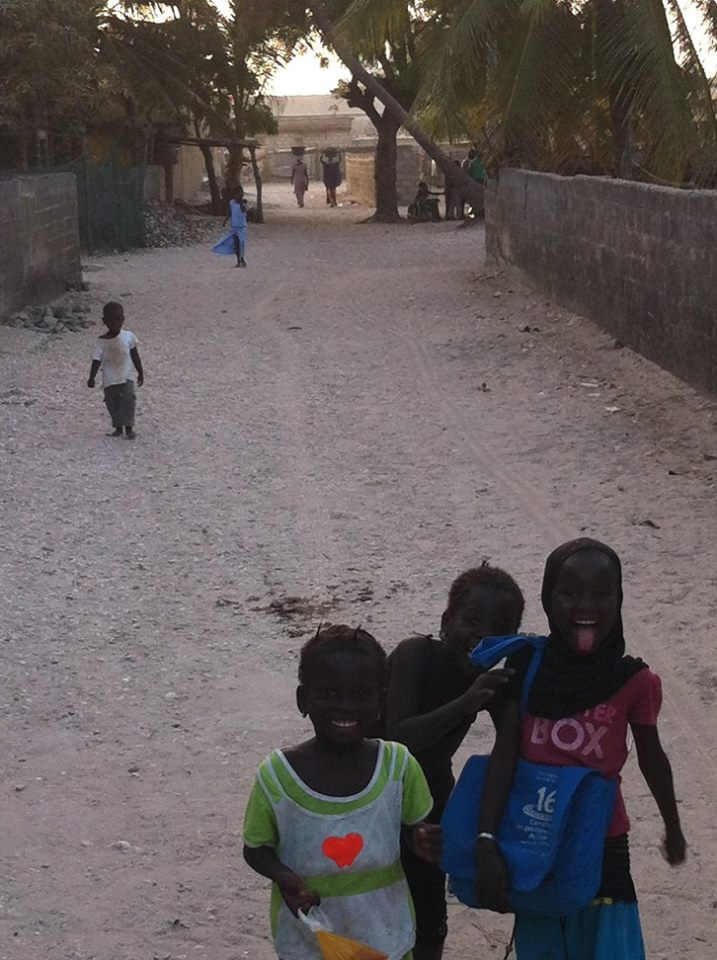